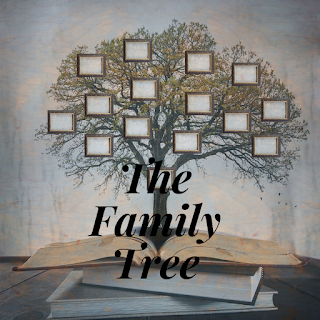 Have you noticed the number of times the Bible lists a person's lineage? Even the Christmas story in the book of Matthew starts with Jesus' family tree all the way back to Adam.

As I read my devotion book, it spoke of our link to Bible characters and how we are a part of something bigger.

Henry Blackaby writes, "When God encountered Moses, He did not give him an assignment independent of what He had done through those who had preceded him. God had made promises to Abraham, Isaac, and Jacob hundreds of years earlier, and He was now going to involve Moses in His ongoing activity to fulfill the covenant he had made with Moses' forefathers. The God who led Moses, who worked through Elijah, who directed Paul, who guided each man and woman of God through the centuries, is the same God who approaches you to become involved in His work."

Isn't that a fantastic thought? God has used every man and woman throughout history to complete His plan. Some of them are recorded for us in history, but as Hebrews 11 reminds us, "time would fail to tell" of them all. But even what they experienced, their part in God's plan, as we are told in Hebrews 11:40, is not complete without us. So even if we see ourselves as a tiny blip on the timeline, we are still linked to something bigger and invited to be involved in the work of God.

Blackaby continues, "We tend to think only of the present. Moses came to understand that his involvement in God's work was in the context of hundreds of years of divine activity."

God has a plan and a purpose; I am a part of that, and as His child, so are you.

Dear friend, this encourages me to keep going. As sure as God spoke to Moses or Paul, He speaks to me. As intentionally as He instructed Mary and Joseph, He directs me. As much as God had a plan for Abigail or Naaman's maid, He has a plan for me - and for you.

Today is our moment in time. These have all gone before us, leaving an example of faithfulness.

Now my heart sings, "may all who come behind us find us faithful!" We are leaving an example of faith for those who will come after us. We are connected to past believers and future believers. If that doesn't humble you and bring the necessity of your faithfulness into perspective, you are missing the point. God has an eternal purpose for you - you are a part of His family tree. So, stay faithful, be involved, and leave a godly example for those behind you. 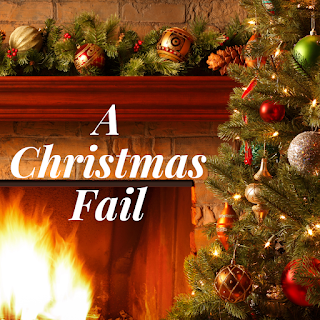 I've been so blessed to have always enjoyed a loving family and happy Christmas memories. But for some people, Christmas is a failure. They might be homeless or live in an abusive situation. Maybe they are spending Christmas alone or too poor to afford the tinsel, gifts, and trappings. Christmas for them is a disappointment.

While watching the commercials reminding me of those who do not have the blessings I enjoy and sometimes take for granted, I began comparing the image of Santa, gifts, a warm home, candles, trees, ornaments, parties, loving families, and sleigh rides - the whole "sell" of the season, to the hurt and neediness of those without and I grew somewhat cynical.

We're trying to create a euphoria based on an imaginary image that can never bring the joy it promotes. All that comes with this Christmas scene is an expectation - an expectation that never lives up to reality.

Judging Christmas by the commercials and magazine images always leaves something missing. The decorations need to be better, the tree larger, and the cookies more perfect. The family needs to be happier and more beautiful, and the gifts must be impressive. Unfortunately, while we work to create this ideal atmosphere, we breed unhappiness and discontent. No wonder our Christmas fails. It makes me want to cast away this image entirely and look for something more natural and comforting.

So my thoughts went to that first Christmas. God, got Christmas right! The heavens blazed with celestial stars as the herald of an angelic choir announced the birth of His Son. That's enough tinsel and music for all of us!

The poor and unwanted gathered together, worshipping around the greatest gift ever given - humble, quiet, and open. An unspeakable, perfect gift that would never disappoint. God's Christmas includes us all. No cost, no trappings, no imagined expectation, just a baby in a manger coming to offer an eternal home, security, friendship, provision, protection, and hope to all.

Don't let your Christmas fail this year because you are over-focused on the commercial glitz and tinsel. It will never be enough. Instead, allow each twinkling light to remind you of the Christmas star and hear every carol as coming from the heavenly choir. Set your heart to receive each gift, no matter how simple, as coming from the Father above, and receive it with a humble and thankful heart. You can have a happy Christmas wherever and whoever you are when you bring yourself to the baby in the manger and join the celebration.

Week Fifty - No One is Greater 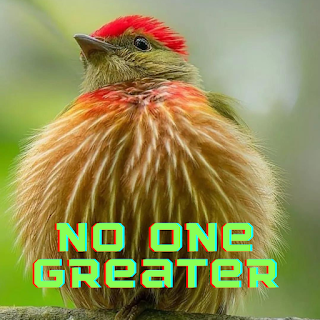 Believe it or not, these were the words of Jesus as He spoke of John the Baptist in Matthew 11:11, "Among them that are born of women there hath not risen a greater than John the Baptist." That's quite an accolade, isn't it?

John was not a statesman, a ruler, or a wealthy man. He lived in the desert, wore ragged clothing, and ate insects, but Jesus put him on a pedestal.

The priests and Levites kept asking him to identify himself, wanting to know his title and suggesting who they thought he might be, but he left them confused.

Those who figured out who he was began following him. Then, the crowd following John became the crowd that followed Jesus, and this caused some distress. John's disciples wanted to protect his number, platform, reputation, and ministry. So they tried to make much of him. But John would not let others attribute qualities to him that solely belonged to Christ. He humbly knew his identity and place, saying he was only a messenger and not worthy to undo Jesus' sandals.

We can learn much from John. "Before honor is humility," the Bible says. Yet, we are afraid of humility and too often seek honor first. Another problem we sometimes face is that we define ourselves by our roles or job description instead of who we are in Christ - a called-out child of God. We fail to see that our identity in Christ is more valuable than any role.

John knew his role was a heavenly calling. He had done nothing to deserve it, but he obediently completed it. If we are looking for a role whereby we may advance ourselves, we are looking in the wrong direction. God gives the increase in all things. We should set our eyes on living as a child of God, fulfilling His commands, and letting everything else fall into God's ordained place.

We are called to cultivate godly character more than to fulfill specific tasks and activities. But we get so side-tracked looking at the things we accomplish more than the heart from which we do them that we fail to understand that virtue is more precious than accomplishments.

And we fail to recognize the freedom and variety given by God in how we each serve. While we are busy trying to copycat others, we miss out on what God wants to do in us individually.

John was a prophet like no other, known personally and acclaimed publically by the Lord Jesus. No one would ever be like him again. And that is fine. Do you understand that there is no one like you, as well? No one can do the things God has called you to do. He has given you a specific role and ministry. Your job, like John's, is to obey and follow Christ as you fulfill that ministry.

So the next time you catch yourself trying to replicate someone else or think your efforts are going unnoticed, go back to your calling - your place and fulfill it as unto Christ. That's what makes a great follower of Jesus. 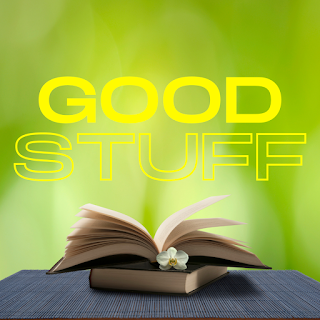 I had a different blog ready for today, but when I read my devotion from Experiencing God by Blackaby I had to share it with you.

My personal meditation was already on something from Sunday’s sermon in Acts 10:38 where it says Jesus “went about doing good.” He healed people, taught with wisdom, and expressed a refreshing love. I was challenged to prayerfully consider how much good I was doing for those around me. And then came today’s devotion on 1Thessalonians 5:21 which reads, “Hold fast that which is good.”

Here’s some of what Blackaby said. “Hold fast that which is good, or the world will take it away. Satan is the relentless enemy of good. When he saw that what God gave Adam and Eve was good, he set about to take it away from them. When he saw that King David was pleasing to God, he attempted to destroy David’s relationship with God. Never take the good in your life for granted. If you do not hold on to it firmly, it may be lost.

People will challenge the good that you are practicing. they may criticise you for your moral stand, your child rearing, your use of money, or your involvement in church. Time pressures will attack the good in your life. Your time to pray, study Scripture, be with your family, and serve in your church will all be pressured by the many other demands you face. You may give generously to your church and other Christian causes, but you will be tempted to spend your money selfishly and minimise the good you are doing with your finances.”

The first sentence had my attention. Hold fast that which is good, or the world will take it away from you. Oh, how the world needs more good! But how their definition is lacking. Good is under attack but I am reminded of Galatians 5:23. After a list of the fruit of the Spirit-all the good stuff that should come from God’s children-the Scripture says, “against such there is no law.”

We are to follow Jesus’ example and go about doing good. There is no law against that. And we are supposed to hold onto the good . Defend it. Practice it daily. Let it be our motivation and the judge of our character. We shouldn’t allow the negativity or scoffing of the world to keep us from our task. It is the goodness of God that leads people to repentance. And God might use our good deeds to open their hearts.

Let me challenge you, as I am challenging myself, to do good, keep our eyes on good, hold fast to that which is good, and not allow the world to snatch it away.