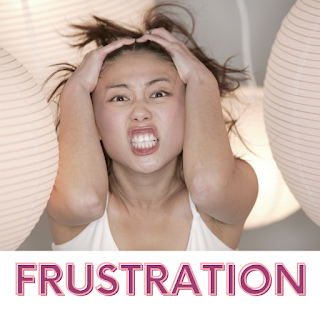 Do you ever grow so frustrated that you want to give up on people? I've been there. They ask for advice, and then ignore it. They have the same repeated problem and fail to initiate change, then wonder why things don't work out. They seem to enjoy their misery and look for someone else to blame instead of taking personal responsibility. It can be very wearying.
Malachi 2:17 reads, "Ye have wearied the Lord with your words." So even God grows weary with disobedience, obstinacy, and half-hearted cries for help.

And that's not all. Moses grew weary of the children of Israel, and God did too! Samuel grew tired of the sin of Israel and the inconsistency of Saul. He had warned them of the dangers of appointing a king. But they wanted to be like everyone else and insisted they were willing to pay the price. And when it didn't work out as they had hoped, they turned back to Samuel, wanting him to continue ministering to them. Samuel answered, "As for me, God forbid that I should sin against the Lord in ceasing to pray for you: but I will teach you the good and the right way" (1 Samuel 12:23).

Samuel knew, as Jesus knew, that God sends his servants to the sick, not the healthy. (Matthew 9:12). He did not take the people's response as a rejection of him but as an indication of their walk with God. Samuel was serving God, not the Israelites. He could do nothing else when God commanded him to minister to them, despite their resistance to his message.

I learned this truth years ago. I am to keep my eyes on the Lord. My job is to obey Him with my life. I serve Him. I do not serve people except as God directs. And even then, my service is to be done as unto the Lord. When I get my eyes on the people, I grow discouraged. I get frustrated. But when I serve with my eyes on the Lord, He gives the blessing. He gives the increase, and I find peace in that truth. It gives me the motivation to continue serving.

Remember people sometimes will not respond to the message God sends through you. Don't become discouraged; it reflects their relationship with God. You are God's servant. If Jesus spent His time with the spiritually needy, you can expect Him to ask you to do the same. Don't lose your patience with God's people. Use a measure of grace and keep in mind that God loves them as much as He loves you.