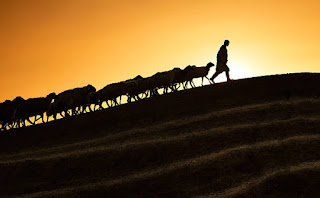 I was privileged to participate in an online devotional through a Facebook group called Friends in Ministry this past week.  As I came to work on today’s blog, I thought you might also benefit from this thought.

The other day, the British government started talking about ways to get us all out of our homes and back to work.  I have to be honest.  It caused me to panic a bit.  Not because I’m afraid of the virus, but because I have enjoyed having time at home, with the Lord, with Tom, and just to rest and think and be.  I don’t get extended times like this very often.  Do you?

Well, my little panic prompted me to get hold of my dear friend, RuthAnn, and I opened my brief moment of fear to her.  Can’t we be so thankful for good friends?  Friends, who don’t judge us, just let us be ourselves and love us anyway?  Well, we had a short chat online, and my little fear was quenched.

But, you know the Lord?  He heard my quivering heart, and just couldn’t let it drop!

I picked up my Springs in the Valley devotional the next morning and began reading.  At first, I couldn’t figure out what the author was trying to say.  Something about Jesus being submissive for thirty years stuck at home with his brothers and sisters who did not believe in him and that He was our example in submission.  Okay.  And then—

“If God is putting you through a spell of submission, and you seem to be losing your individuality and everything else, it is because Jesus is making you one with Him.”  Right…that’s nice….so?

Then, the devotional begins telling the story of a doctor who had been on the front lines of the war treating the wounded.  He had been sent back to rest.  As he was taking a walk, enjoying the beauty of the earth, life seemed very sweet.  He was having a hard time thinking about going back to the front and the horrors of war.  “And, with that,” the devotion reads, “through the gap in the hedge there came a shepherd laddie tending his flock of some two dozen sheep.  He was not driving them with two barking dogs; he went first, and the sheep were following him; if one loitered, he called it by name, and it came running to him.  So, they moved on down the lane, up a little hill, up to the brow and over it, and out of the doctor’s life.  He stood staring, as he heard the words of John 10:4, “And when he putteth forth his own sheep, he goeth before them.”

And, then the penny dropped!  I understood what God was saying to me.

“Gail,” He said, “Just as you have accepted isolation to be My hand, you must re-enter the world knowing I have called you to return. Rest for now, and enjoy our sweet communion, but then, Return – I am leading you back into service.  Don’t hesitate at the re-opening of life, but renew your commitment to follow.”

Ah, my heart began to pray, “Lord, let me go back better!  I’m so thankful for this time we have had together, and I know You go before me into tomorrow.  You are calling me to follow.  I must inhale the future, and exhale the past! Lord, give me the
grace to re-enter.”

You know, re-entering will require the same kind of faith and obedience that carried us through isolation.  We will need that confidence – that confident reckless abandon that says, “Here am I Lord, send me. “

So, let’s go forward knowing He is going before us. “And when he putteth forth his own sheep, he goeth before them.” John 10:4

Don’t be afraid of tomorrow; God is already there!
Posted by Gail at 12:08 AM